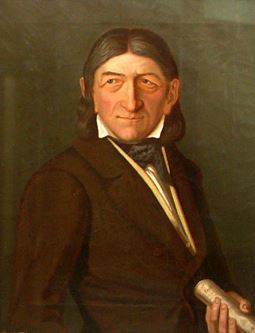 Friedrich Fröbel's upbringing was steeped in the Lutheran Christian faith, providing strong foundations of his own early education. At age nine, following the death of his mother, Fröbel traveled to Stadtilm to live with his uncle, and at the age of 15, he became the apprentice of a forester. After a couple of years, he left his apprenticeship to pursue mathematics and botany in Jena.

In 1805, Fröbel began as an educator and was introduced to Johann Heinrich Pestalozzi’s pedagogue ideas, and later would work with him in Switzerland where those ideas would be further developed.

After serving in the Lützow Free Corps, he founded several educational institutes and published various educational pamphlets and publications. Returning to Germany, he dedicated himself exclusively to preschool education and began to manufacture educational toys. Fröbel recognized the importance of activity in child learning and from there created the concept of Kindergarten -- which is now an introductory level of school for young children to establish themselves into the world through the concept of self-directed play as a means of education. This was also encouraged through Fröbel’s Gifts, which included singing, dancing, gardening, and games.

Baroness Bertha Marie von Marenholtz-Bülow was integral in introducing Fröbel’s ideas of childhood development and education into the academic and royal circles, where the influential support of dukes and duchesses also assisted Fröbel in training the first women as Kindergarten teachers.

Fröbel passed away in 1852, leaving behind a legacy and academic practices that continue on today within our own education systems across the globe. 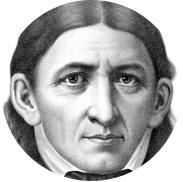