Booker T. Washington was born into slavery and worked his way through Hampton Normal and Agricultural Institute (a historically black college now called Hampton University) and attended college at Wayland Seminary, now called Virginia Union University. In 1881, Washington became the first leader of the Tuskegee Institute.  He led this institution for the rest of his life, adding the curriculum and facilities on the campus and gaining support among many African-Americans with help from white philanthropists and politicians.

In 1895, his Atlanta Address received national attention; this agreement between Southern blacks and whites stated that Southern blacks would work and submit to white political rule, while Southern whites ensured that blacks would receive basic education and due process in law. Many supported this agreement, while others like the NAACP and W.E.B. Du Bois criticized Washington, feeling that African-Americans should instead engage in a struggle for civil rights.

Washington died at age 59 from congestive heart failure aggravated from overwork. His legacy—education for the blacks in the South—continued to grow and expand across America.

Washington believed that to overcome the racism that African-Americans experienced in the South, cooperation with supportive whites was essential. This belief and his connections with influential white politicians and philanthropists, enabled him to enlist moral and financial support to build and sustain education for African-Americans. 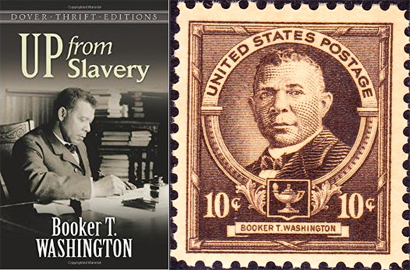 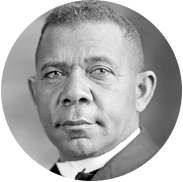